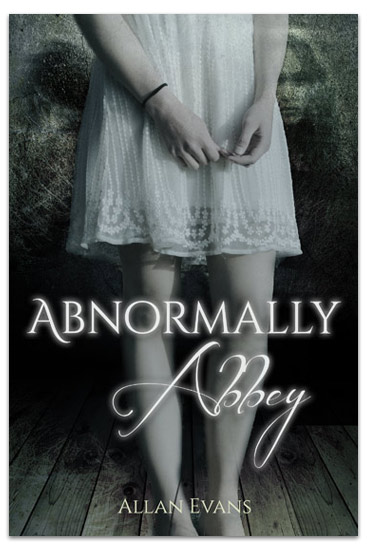 There’s something seriously wrong with the camp Abbey is sent to. It’s not just the troubled kids, or the clueless camp counselors or even all the ghosts—yeah, the ghosts have found her there too—but now there’s a mysterious symbol that keeps appearing at the worst moments. Abbey is not a happy camper.

But Abbey is a fighter and can go from princess to warrior when there’s a mystery to solve. As long as she has her 80s music, there’s no one—alive or dead—that’s going to stop her. So, bring on the dead people, spooks and spirits. This girl ain’t afraid of no ghost.

Abnormally Abbey is a young adult novel about ghosts, but it’s also the story of a 14-year-old girl who finds the strength to stand up for herself and become so much more than she ever expected.

“Abnormally Abbey by Allan Evans is a tale about determination, overcoming obstacles, and friendship. Oh, and ghosts! This was such a cute tale! I loved that the main character was obsessed with songs from the 80’s. She had a song for every situation she found herself in, no matter if that was an upbeat and light situation, or the more harrowing. This is a great book for young adults or 80’s music fans that are looking for a quick and fun read!”. —Erica Robyn Reads