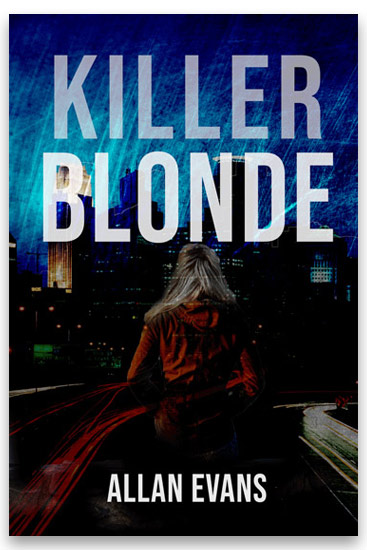 Every serial killer has a type. But what if that type is part of a larger, more dangerous agenda?

With virtually identical women being murdered in Minnesota, panic is causing huge political pressure to get the killer off the streets. Celebrated investigator Cade Dawkins is given the hot potato case and hopes to get it wrapped up before the governor has his head. But the killer has his own agenda—one that goes beyond simply murdering knockout blondes. As it becomes a cat and mouse game between killer and investigator, Dawkins begins to realize he just may be the mouse.

“The action is well-paced and builds suspense with intensity, keeping the reader gripped in the investigation and apprehension of the killer. The climax of the story is terrific, with a nice twist.”

Set in the Twin Cities, where author Allan Evans grew up, this thriller takes you on a fun ride as Cade Dawkins matches wits with a cunning serial killer.